You may believe an ability to learn new languages is something you’re born with, but it’s much more about belief and practice than natural talent. 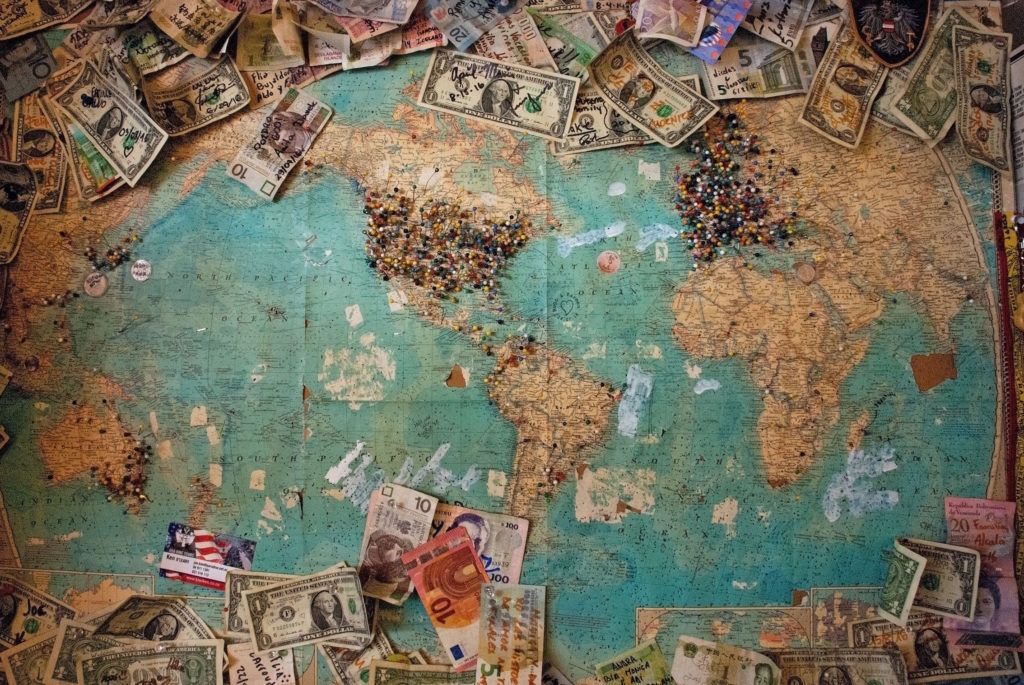 Photo by Christine Roy on Unsplash

That’s what Carol Dweck, Stanford University Professor and psychologist is sharing in her book “Mindset” after decades of research on success and achievement. What makes you either devastated or still hopeful after a failure? Dweck’s conclusion boils down to MINDSET. It’s the belief you hold in your mind which will determine your attitude towards learning a new language and subsequently your success. Ironically, it’s NOT your abilities. Oh sure, if you’re naturally inclined to connect with people and to pick up sounds quickly, you’ll have a slight advantage at the start. But it’s the belief that you can reach your goals through dedicated and focused hard work, which will give you the strength to pursue your dreams. (…)

So to learn a new language, how do you get to work? I speak 5 languages. I started to learn English at school when I was 11, and German when I was 13. I learnt Dutch at 25 and Italian at 35. I master those languages with various levels of proficiency. Today, I”ll share with you first what I found the most useful in this endeavor and then give you some special tips to battle the biggest obstacle to your learning process.

It seems trivial but it’s more important than you think. What type of learner are you? Learning a new language will require you to memorize vocabulary and grammar. The first thing I recommend is to determine whether you’re a visual, auditive or kinesthetic learner. How do you know? Let me share with you a rather simple trick.

Pick two new words you want to learn. Read them several times. Can you remember them the day after? If yes, there is a great chance that you’re a visual learner. If no, ask someone to teach you 2 new words only by listening to them several times. But don’t look at them on paper. If you can remember those words the day after, you’re most probably an auditive learner. If no, read AND write two new words. Repeat them out loud. Listen to them. Picture them in your mind. Associate feelings or memories with them if you can. If you’ve failed with all the previous methods before, you should be able to remember them the day after because you’re probably a kinesthetic learner in this case.

This empirical method is pretty rough but it worked well for me. I know that I’m definitely a visual learner because I can’t remember a word if I haven’t seen it written. Even if only mentally. Does it mean that it’s all about learner type? No but it’s a good start. By the way, there are plenty of more elaborate and accurate tests to determine your learning style around the web. Do you want to try one? Head here  or here.

When I arrived in Flemish Belgium, I knew I would learn the language. For sure. So I bought an Assimil booklet “Dutch with ease” and started to study by myself. I didn’t go any further than lesson 5: too boring. However this was enough to pick up some essential elements: Figuring out the pronunciation and understanding basic grammar.

In my adult head, I had to figure out the structure of the sentences to be able to express myself. How was this language built? Were there nouns? Genders? How was plural mentioned? Were there tenses for the verbs to express past, present and future? In Dutch, masculine and feminine have got the same article: “de”. But there is a neutral form “het”. Beside the nouns, I recommend to learn the personal pronouns (I, you, he/she, we, they) and a few verbs at the present tense (to be, to have, to do, can, must). Add to this a few adjectives like “small”, “big”, “difficult”, “easy”, “tired”. And you’re good to go. (…)

What comes next is very easy but extremely difficult at the same time. In my experience, PRACTICING is THE most important factor. You can learn by rote thousands of words, dozens of conjugation, fill in hundreds of exercise. The language only becomes part of you when you start to speak it in interaction with other people.

The explanation might be traced back to how babies learn. Patricia Kuhl, expert in language acquisition, conducted the following experiment. She exposed a group of 9 months old American babies to native Mandarin Chinese speakers. She took a similar group of infants and offered them only recordings of those same Mandarin speakers (via audio or video material). Guess what happened? The learning process only occurred with children interacting with other human beings. Place a baby in front of a screen, it doesn’t learn a thing. Fascinating, isn’t it? This tends to suggest that the social brain needs to be engaged in order for the information to be processed.

Well, I found out it was the case for me… Basically speaking is easy, right? You don’t need any sophisticated device. You just need another person. So where do you find this other one willing to interact with you? If you’re not living in the country, you can look up for sites matching up people who will be both student in the foreign language and teacher in their mother tongue. The Mixxer is one example of language exchange site. If you are in the country where you want to learn the language, the opportunities are plenty. Virtually any person you come across is a potential tutor. But it’s easier said than done, isn’t it?

How do you overcome the paralyzing fear of making mistakes and therefore sounding ridiculous? How do you put up with the moment when you feel so awkward, articulating the funny sounds of this new language? How do you survive the second you realize you said something completely wrong and stupid while you knew the correct version? You start to blush. You want to hide under the carpet. You’re so ashamed! And here you can only think of Abraham Lincoln’s devastating quote: “Better to remain silent and be thought a fool than to speak out and remove all doubt.” Daunting, right?

The biggest Obstacle to learning a new language

In my experience, the biggest obstacle to speak a foreign language is yourself! This is what renown linguist Stephen Krashen calls the “Affective Filter Hypothesis”. As you may already have experienced, anxiety, poor self-esteem and low motivation can quickly erode your progress. When those emotions are at work, Krashen explains that your affective filter is up. The result is a ‘mental block’ preventing you from efficient learning. I believe in this filter. I remember the time where I was in a school exchange program in Germany as a 15 years old. I was so scared to make a mistake that the only words I could get out were “ja” and “neon”. Had I known at that time about the affective filter and the growth mindset! When learning a new language especially, keep this French saying in your mind at all times “Being ridiculous doesn’t kill you” (As you know) “what doesn’t kill you makes you stronger”, therefore being ridiculous makes you stronger!

So here are some very practical tips to deal with the affective filter and overcome your fears.

Forget about the number of years you studied that particular language whether at school or in a language course. Decide for yourself that it doesn’t count. You really learn a language when you speak it. In a language course, the time allowed for you to speak is extremely limited. Moreover, you’re not in a natural setting. All situations are fake, you’re acting in a play. To remove the pressure on yourself, convince yourself that you’re the most ignorant person in this language. By starting from rock bottom, you can only improve. Focus on the learning process.

Find out in your neighborhood a place where you can easily go every day: bakery, news agency, grocery, public library. Spot a friendly person who doesn’t seem too busy. Approach her and explain that you’re learning her language. Would she be willing to help you? The only thing she’d need to do is to talk with you, 3 sentences a day. You’d prepare them each day to practice with her. It would last for less than 5 minutes and it would give you gradually the confidence to go ahead and talk to other people.

The first encounter could go like that: “I’m new here. I want to learn xx. Can you help me? Each day, I come and we talk. 3 sentences. OK? Thanks! See you tomorrow.” Once you’ve talked with your buddy, the goal is to go ahead and practice your dialogue with as many people as possible following the motto “learn a little, use a lot”.

This is the method developed by Thomas and Elizabeth Brewster in their book “Language Acquisition Made Practical“. Norman Viss from Expat Every Day Support Center applied it to successfully learn Hausa and Dutch. This same method has been used by missionaries to their great benefit. (…)

Tip #6. Plan on making the most stupid mistakes

To be sure, you’ll make mistakes. Stupid mistakes. Whatever time and effort you spend rehearsing your sentences, you’ll get them wrong. At least once. I’ve had the experience over and over. However, the good news is: once I’ve made the mistake, it doesn’t happen again. (That is for basic mistakes of course. I still do make mistakes!) You’ve never learned anything without making mistakes, so there’s no reason to beat yourself up over it. Making mistakes doesn’t mean you’re stupid, it means you’re trying. Learning a language is a very complex undertaking, so give yourself a break from self-criticism.

Tip #7. Be proud of yourself

Through connecting and speaking, through taking risks and reaching out, you’re building bridges between people, between cultures, between nations. You’re on a mission, much bigger than yourself. Native speakers are always very sensitive to the fact that you try to learn their language. They’re generally patient and benevolent. You’re not in a classroom where the teacher needs to evaluate you and to give you good or bad marks. People in real life don’t wait for you to speak up in order to judge your intelligence. They want to communicate, exchange, connect. Most of them recognize how hard it is to learn another language. Some of them haven’t even tried!

When learning a new language as an adult, you first start to make tremendous progress. In only a few hours, you transition from a totally ignorant student to someone able to say a few words. You understand the basic structure of the language. Of course, the path is still paved with lots of work and months of practice but in a very short time, you gained an incredible amount of knowledge and insight which are measurable and visible. This is what I love with language learning. You learn something and you can apply it immediately. It’s visible in your everyday life. After the euphoria of the first weeks, you’ll reach a plateau. You’ll have the impression you’re stuck at the same level for months! Be patient. Keep on working. You’ll then get to the next level.